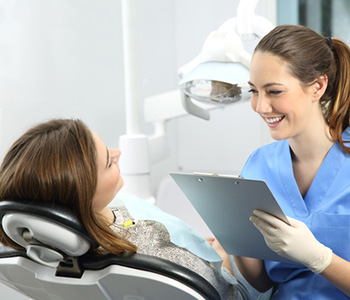 If you’re a patient of Go Natural Dentistry who isn’t familiar with the tooth meridian chart, you soon will be! Dr. Yolanda Cintron and her team know that every organ and body part is linked to a specific tooth or oral structure via “energy highways,” known as meridians. Each tooth is assigned a number and each numbered tooth is assigned organs, glands, joints, and other medical relationships (or symptoms) that are associated with them. It was the No. 13 tooth that ended up plaguing Pastor Smith for 16 years.  The Miami-based pastor’s health journey included a persistently infected root canal and tooth extraction in Fort Lauderdale FL at Dr. Cintron’s office. As in, Dr. Cintron finally resolved the recurring infection that produced daily pain and debilitating symptoms by removing the dead tooth once and for all.

No. 13 lives up to its unlucky reputation

Pastor Smith first started to have problems with the second premolar on the upper left side of his mouth in the winter of 2000. His dentist in North Carolina at the time recommended root canal treatment to resolve the infection that was detected. Within a few months, he was back at the dentist’s office after the tooth got infected again. A second root canal was performed and a familiar pattern of reinfection and unpleasant headaches took hold. In the ensuing 14 years, Pastor Smith would have chronic head pain and pressure, and mental fogginess despite undergoing four surgeries at specialists’ offices to remove the culprit tooth roots. He wanted so badly to “save” the natural tooth, despite continued pain, sluggishness, and an immune system that always seemed to be fighting off a virus.

In late 2016, Pastor Smith became acquainted to Dr. Cintron through a friend in the Christian community. After years of day-to-day constant pain, Dr. Cintron completed a thorough oral evaluation and arrived at the healthy conclusion that had eluded the pastor for so long: the dead tooth had to go. It was infected (again!) and the doctor, in partnership with her patient, opted to be rid of the infection once and for all. Furthermore, Dr. Cintron detected the presence of mercury due to the many previous l procedures. Just two weeks after No. 13 was extracted, Pastor Smith was back to feeling like his enthusiastic, vibrant self again. The positive emotions associated with that tooth – the energy, drive, and balance – were allowed to flourish, while negative emotions of uneasiness, social withdrawal, and melancholy went by the wayside.

Make your own luck. Contact Go Natural Dentistry at (855) 381-6001 to schedule a consultation with Dr. Cintron. Over 27 years of experience
over 15 years of oral
implantology experience
Has served thousands of
happy patients
MEET DR. CINTRON
Testimonials

My experience was
nothing less than phenomenal
"I just can't recommend her highly enough and I’m very, very blessed to call her my friend as well."

It was a great experience,
"And a nice staff the place great i recommend it to everybody.T he doctor is special person, very humble and sweet."

- Aurea A.
Originally posted on