For your convenience, we are currently offering Virtual Consultations. click here to schedule Teledentistry

What is it like to get mercury removed? A Fort Lauderdale dental patient shares her experience 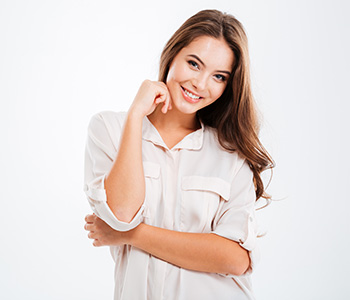 Patients at Go Natural Dentistry don’t just want their mercury fillings out. They want them removed in the right way. A member of the International Academy of Oral Medicine and Toxicology, Dr. Yolanda Cintron and her staff are trained on the SMART (Safe Mercury Amalgam Removal Technique) protocol to safely remove mercury-based fillings. When patients partner with Dr. Cintron to have mercury removed from their mouths, there is peace of mind that the processes used minimize their exposure to this toxic element and are gentle. So, the patient experience in Fort Lauderdale FL at Dr. Cintron’s office is a pleasant one.

Safe mercury removal is of utmost importance, as the toxin is released at higher levels during the process as the result of vapors or particulates generated when doctors break down or drill out the mix of metals that make the amalgam.

Go Natural Dentistry sees on a daily basis how their approach to dental treatments makes a difference in patients’ lives. Often, patients express gratitude to Dr. Cintron and her team by reaching out about their personal experiences. Margarethe sought out Dr. Cintron’s expertise after years of being dissatisfied with dentists who either dismissed her concerns over the mercury-based fillings in her mouth, or who didn’t have the capabilities onsite to properly treat her. As more research connected the dots between amalgam fillings and adverse health effects, Margarethe became increasingly alarmed about the many mercury fillings that had been in her mouth for 35 years.

The first dentist Margarethe consulted advised that she retain her fillings unless they were painful or broken. Meanwhile, studies about how mercury leaks from fillings into the rest of the body (where it wreaks havoc on organs) piled up. The second dentist empathized; he agreed the decay around Margarethe’s fillings was problematic but said his office didn’t have the equipment or capabilities to properly treat her.

Fortunately, Margarethe found a dentist who took her legitimate concerns over mercury fillings seriously and who had the onsite technology and expertise to do something about these threats to her smile and health: Dr. Cintron. The process was soon underway to restore Margarethe’s oral health and wellbeing. Not only did she get new, safe and attractive looking fillings, but Dr. Cintron identified a tooth that needed to be extracted. Since Margarethe was anxious about oral surgery, the doctor administered dental sedation that was tailored to her needs to promote feelings of relaxation. Margarethe didn’t feel anything and finally had a great experience at the dentist’s office.

Many patients visit Go Natural Dentistry, frustrated with the “business as usual” attitude that characterizes the industry. Their confidence in dentistry is restored by Dr. Cintron and her team. Patients appreciate that they not only listen and address anxieties and fears in an understanding way, but also that the office is built around the latest dental research and science.

Get the best of both worlds – a compassionate health partner and a sophisticated clinician who doesn’t cut corners when it comes to advanced, quality care. Call (855) 381-6001 to schedule your appointment at Go Natural Dentistry. Over 27 years of experience
over 15 years of oral
implantology experience
Has served thousands of
happy patients
MEET DR. CINTRON
What our patients say

My experience was
nothing less than phenomenal
"I just can't recommend her highly enough and I’m very, very blessed to call her my friend as well."

It was a great experience,
"And a nice staff the place great i recommend it to everybody.T he doctor is special person, very humble and sweet."

- Aurea A.
Originally posted on